(LWI) - An exchange of ideas, talents, knowledge and spirituality: Members of The Evangelical Lutheran Church in Hungary (ELCH) travelled to Yola, east Nigeria, through the LWF program Mutual Learning through Exchange of Leaders, to meet members of The Lutheran Church of Christ in Nigeria (LCCN). In the coming months, the visit will be reciprocated when the Hungarian church welcomes representatives of the Nigerian church.

The LCCN was established as a result of the missionary work of Niels Brønnum, a doctor and preacher from Denmark. He arrived in Yola, in east Nigeria and today a city, along River Benue in 1913. Today, Yola is home to the headquarters of the LCCN, a growing church body of 2.2 million members. Due to its historical origins, the LCCN has a close partnership with the Evangelical Lutheran Church in Denmark, as well as with the Evangelical Lutheran Church in America. LCCN Archbishop Panti Filibus Musa is also president of the Lutheran World Federation. 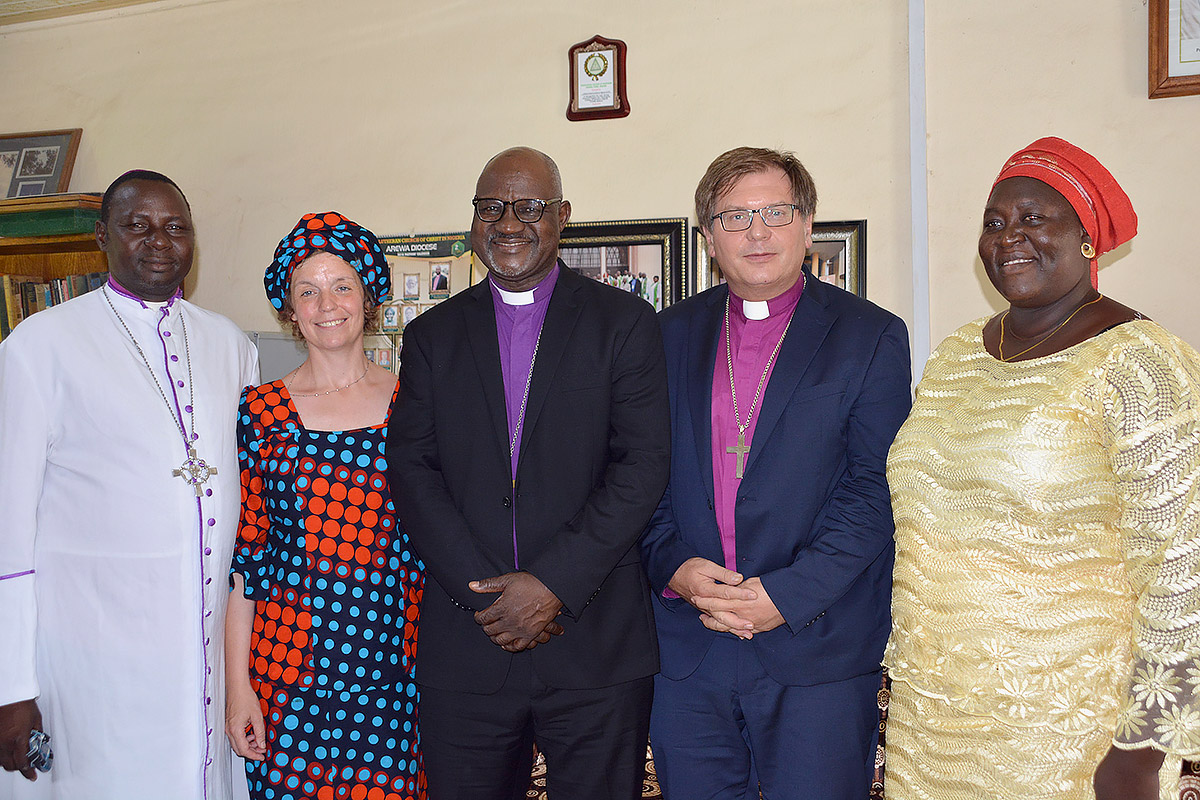 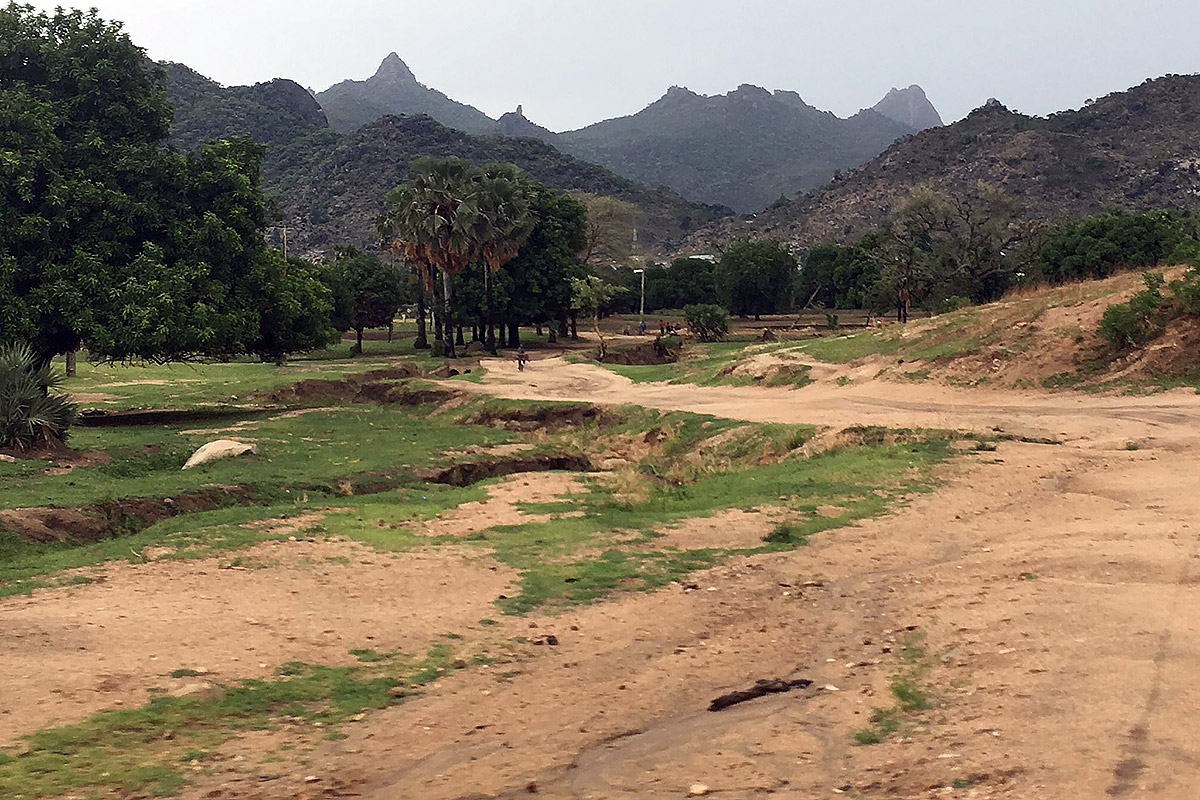 Travelling in rural Nigeria is not easy. Longer road trips are usually taken by four-wheel drives. Most remote villages can only be accessed by driving long stretches of dirt roads, with the journey being interrupted several times by checkpoints. These are necessary as armed attacks by Boko Haram fighters pose a threat. 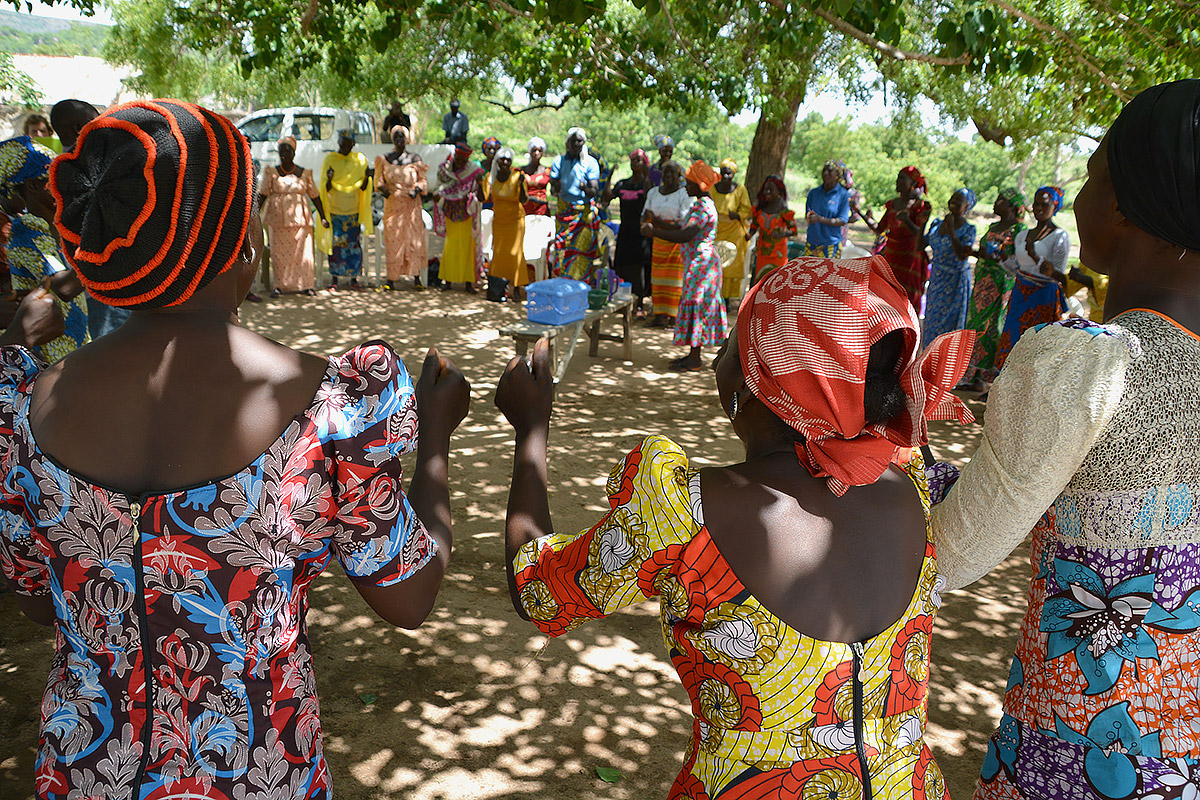 The Wakka Community Health Program, in Mayo Belwa Diocese, is run by volunteers, all of whom are women. The communities they visit are wary of letting men into their houses. Women spend one day a week visiting families in scattered settlements to provide health education and assistance. Using sketches and song, they illustrate the importance of preventative practices, such as hand washing, mosquito nets or boiling drinking water. The volunteers are keen to reduce the number of infant and child deaths. They say it is the power of prayer that keeps them going when they encounter suspicion or refusal by the locals. 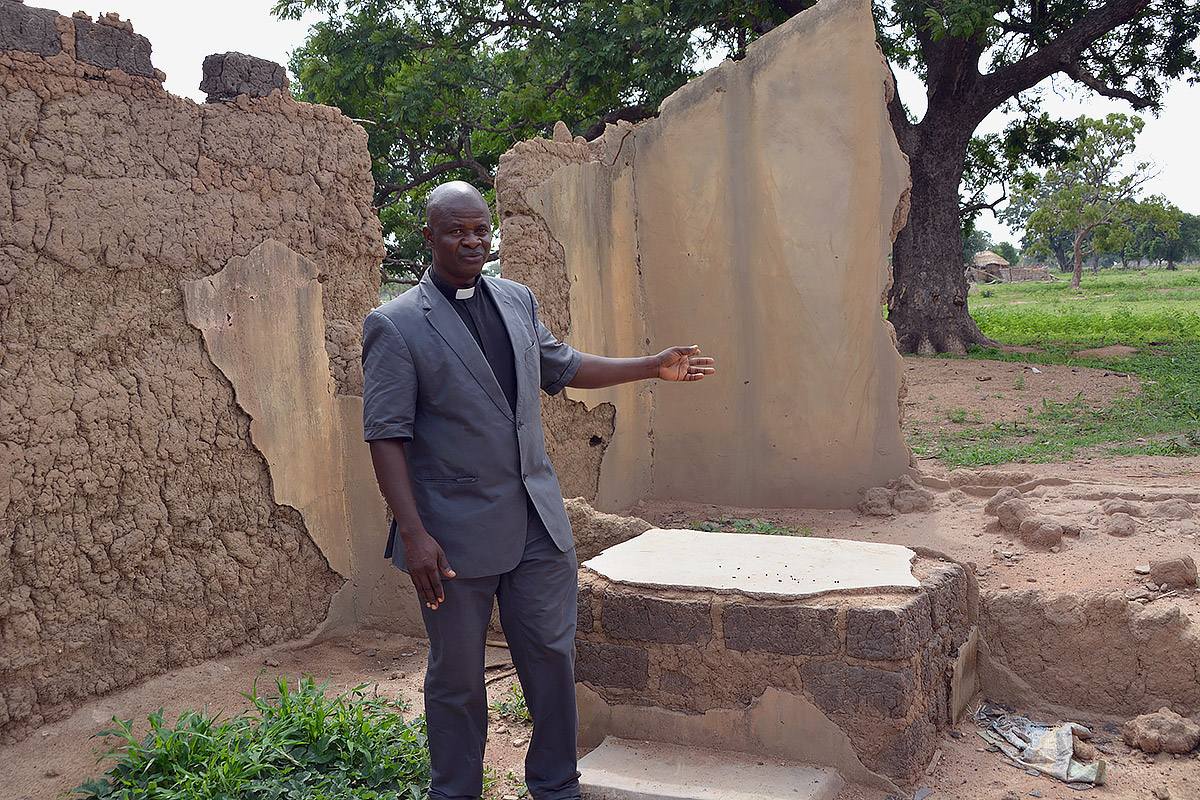 Bishop Gaya is pastor of the diocese most severely devastated by Boko Haram. The church in Banga village, near the Cameroon border, was totally destroyed, together with the houses of the villagers, in one of the attacks. After making sure his family got to a safe place, Bishop Gaya stayed on to take care of his “flock” – the members of the parishes, as well as the domestic animals around the house in his diocese. He has experienced attacks first hand and has had to bury the dead while fearing armed fighters would return. 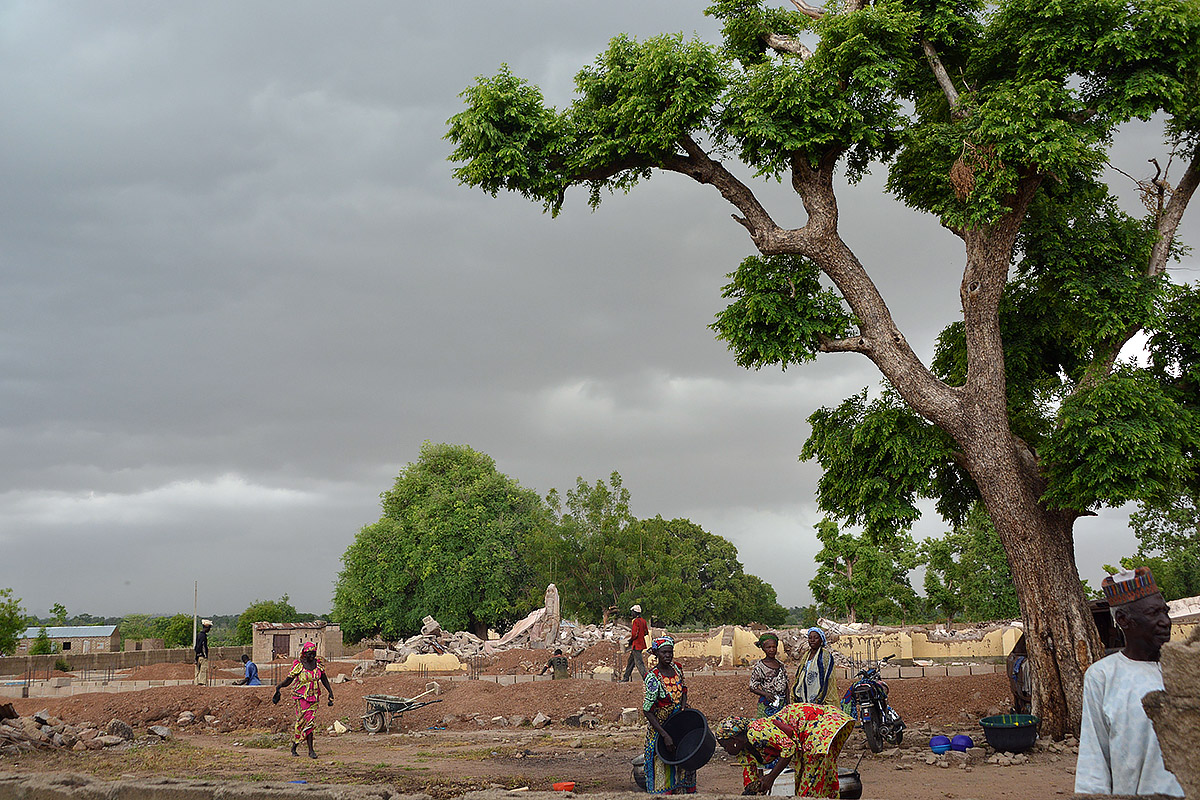 Signs of hope and renewal are common. In Garaha community, people have joined forces to rebuild the church, while in Kalaa more than 650 people take part in a two-day retreat for presbyters. Bishop Gaya says his diocese is experiencing a spiritual revival, which is partly driven by persecution. Paradoxically, the number of Muslims joining Christian communities is growing and even some Boko Haram fighters have confessed their sins and been baptised. 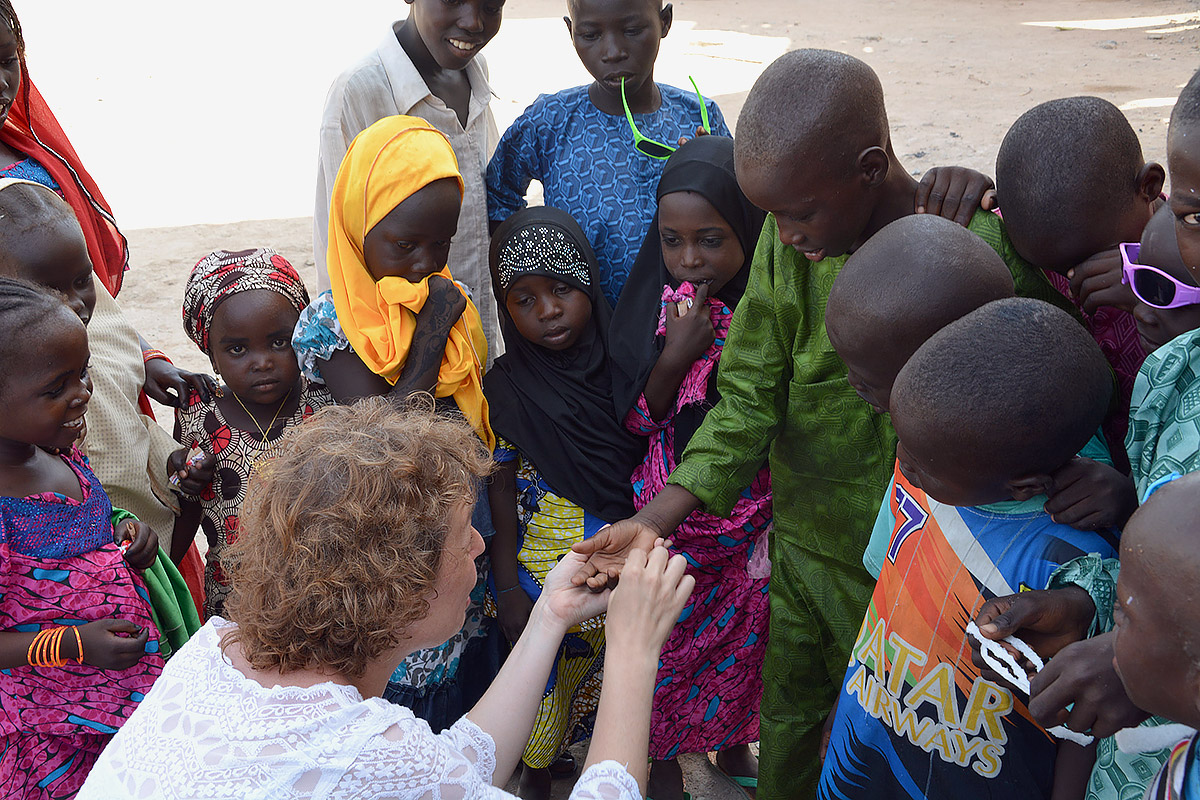 The presence of Boko Haram has also brought about a surge in internal migration. Millions of internally displaced people had to be settled in camps, some of which are run by the church. One of the camps Bishop Fabiny and Buda visited was built around a Catholic church. In September 2014 it was meant to provide shelter to a few families for a couple of days only but the days quickly became weeks, months and years and now the camp is home to some 700 people. Many of them are children, who enjoy playing the Hungarian version of “This little piggy went to market...” with Buda. 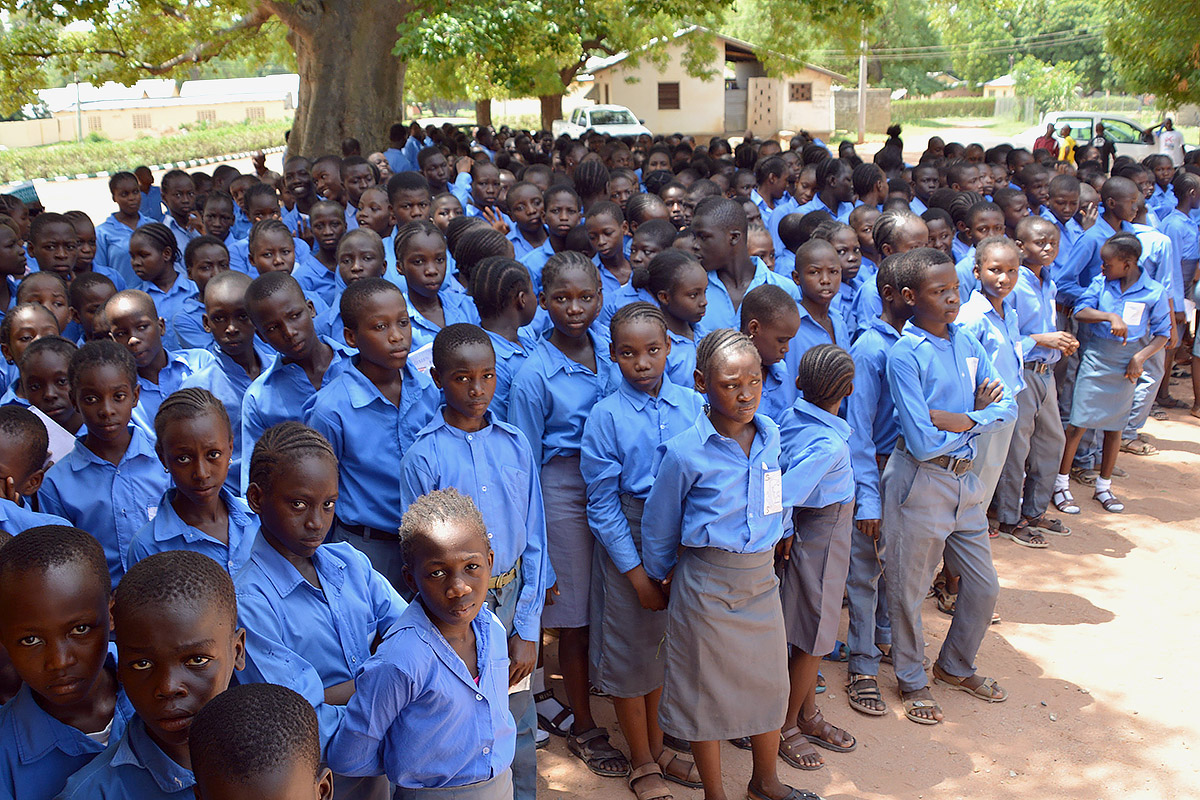 The LCCN theological seminary is named after Danish missionary Niels Brønnum. It is the largest of its kind in west Africa, training pastors and teachers of religious education in English. Some students are Muslim converts, including the principal himself. At the time of the visit it was the summer holiday and most students were away working on family fields but the 45 high school students of the Junior Seminary, who only go home three times a year, are present. They start every school day with an assembly, where they sing the national anthem and the school’s own anthem, ando pray the Lord’s Prayer. 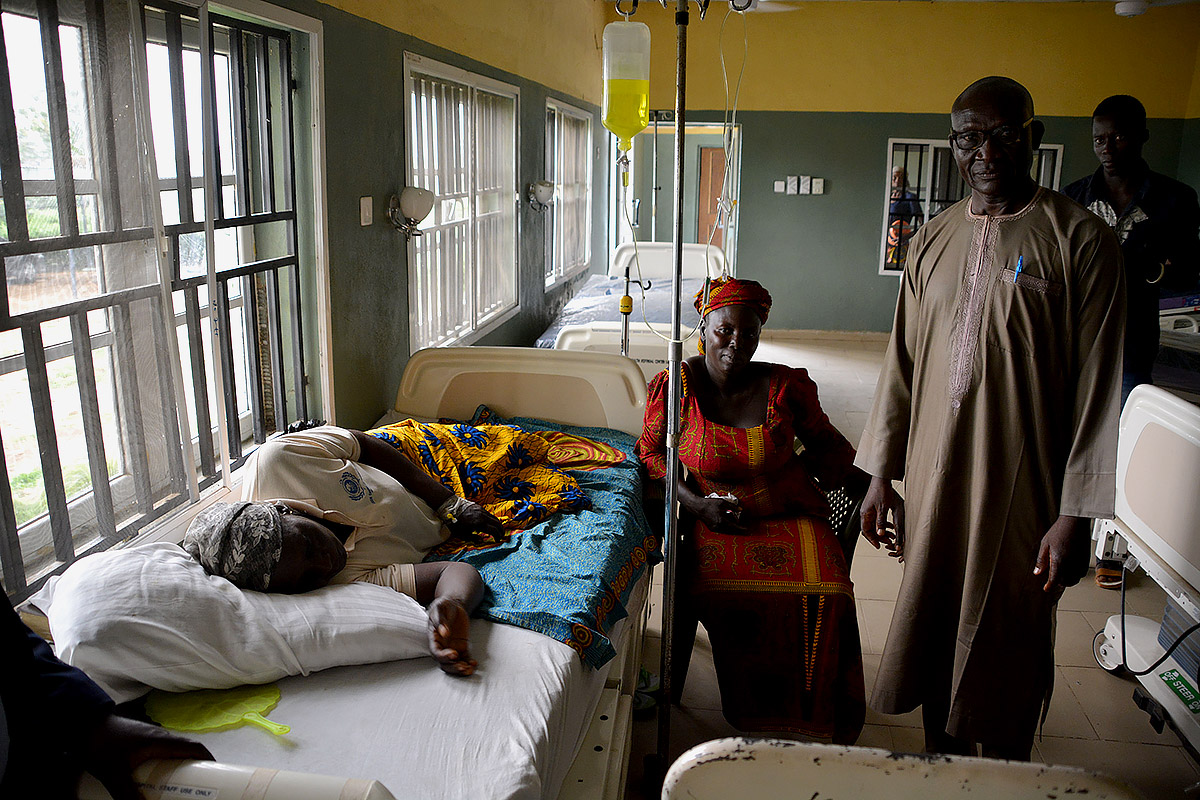 The focus of the exchange project between the LCCN and the ELCH was diakonia, more specifically for Nigeria, health education and hospital projects. In the 1970s all church institutions, including hospitals, were nationalised by the state, so the first Lutheran Medical Centre could only be established four years ago in Demsa. It is well-equipped and cares for patients in an area covering hundreds of kilometres. 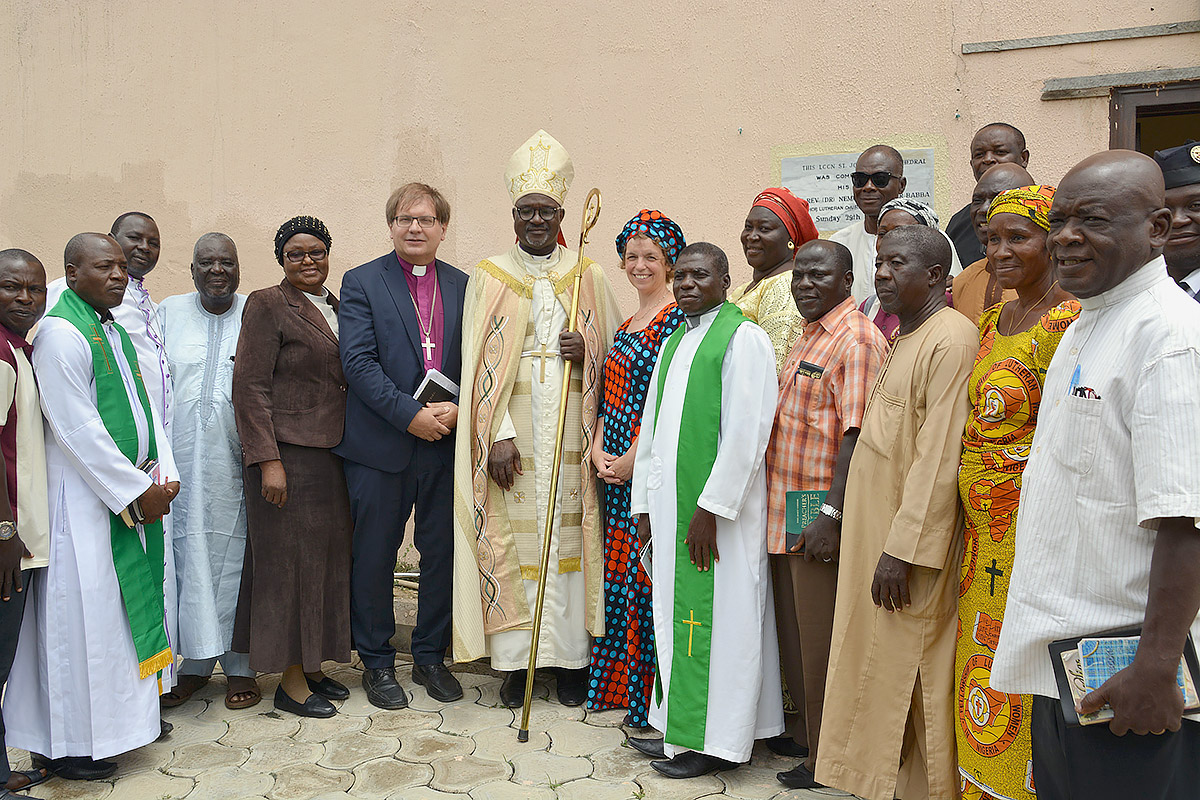 On one of the last days of the visit the Hungarian guests took part in the Sunday worship in the Numan Cathedral of the LCCN. Buda read the epistle in the local Hausa language. Bishop Fabiny preached the gospel based on the parable of the Lost Son in the gospel of Luke. The service was streamed on the LCCN Facebook page.

Now the participants of the exchange program are looking forward to returning the hospitality of the Nigerian brothers and sisters and welcoming Bishop Amos and Briska in Hungary in the coming months.