Maro Maua and his supporters cycling through Mombasa during the “Fit for climate justice” campaign. Photos: Bay Gene

(LWI) – Maro Maua wanted to draw attention to the ongoing climate crisis and the impacts of climate change and environmental degradation. He found a way of combining a modern lifestyle with a climate awareness in his hometown of Mombasa, Kenya. Partnering with a local fitness club, his “wake-up call for climate change” took shape as a climate duathlon, combining a cycle tour with a beach clean-up.

Maua is a volunteer at the youth department of the Kenya Evangelical Lutheran Church and was a member of The Lutheran World Federation’s (LWF) delegation to the UN Climate Change Conference COP26 in Glasgow, Scotland, last year. “We are racing against time to keep global warming within the 1.5-degree goal,” Maua said.

Inspired and encouraged by this international experience, Maua decided to “deliver a message of hope packaged in practical action” at the local level. The idea was to raise awareness for shifting to a “cleaner mode of transport” to reduce emissions.

The beach clean-up took up the message of the UN Environment Assembly (UNEA) about plastic pollution in the ocean. The last session was held in Nairobi, Kenya, and had adopted a historic resolution to end plastic pollution and forge an international legally binding agreement by 2024. 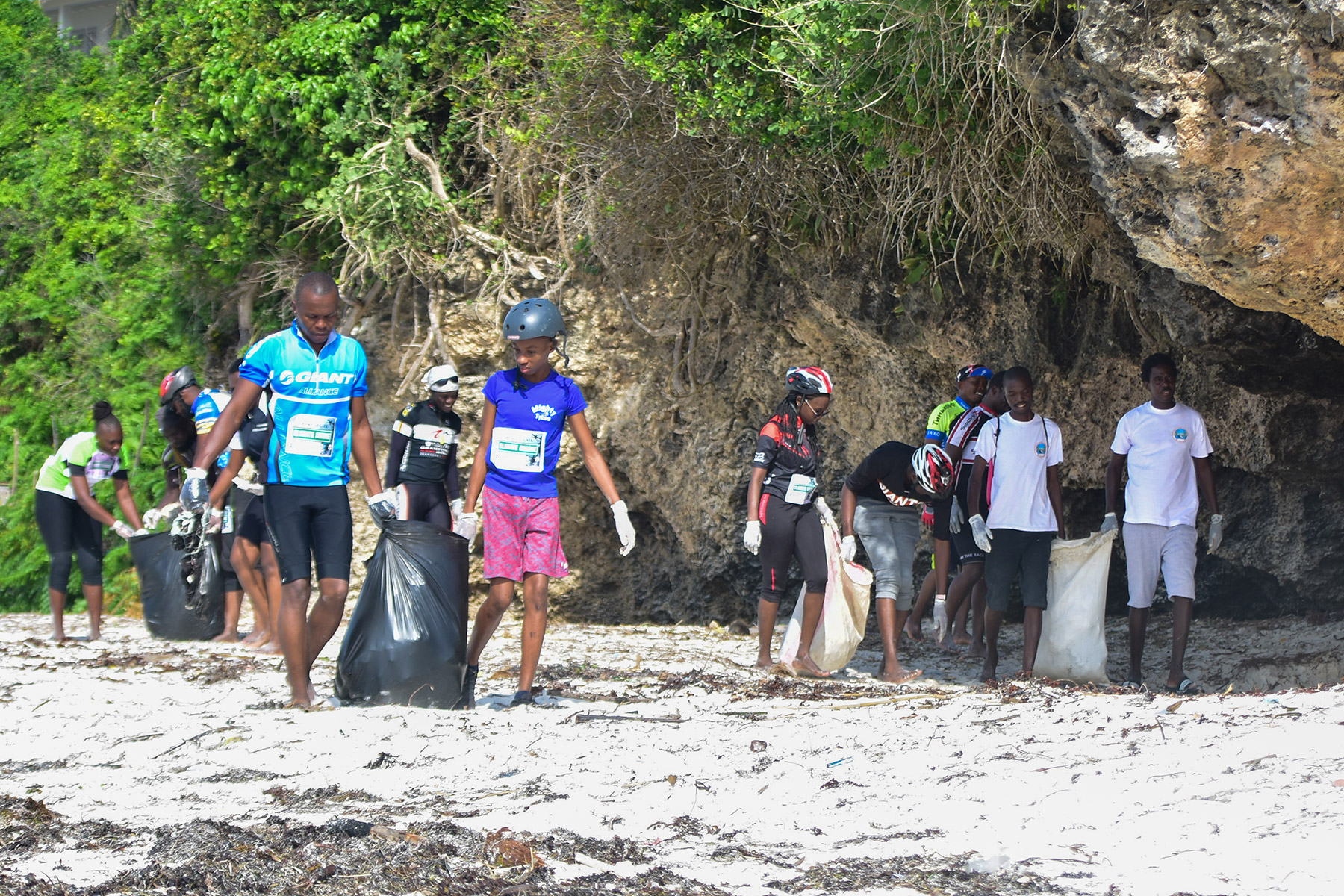 Participants collected 251 kilograms of plastic waste littering the ocean and the beach.

Partnering with the local Shanzu Duathlon and Fitness Club and the Nyali Selfhelp Group, Maua mobilized about 50 men, women, and young people to join the “Fit for climate justice” campaign. On the Sunday afternoon of 15 May, they started off at the Mama Ngina waterfront, cycled across the city, through the central business district, and to the beach area – a route of about 20 kilometers.

At the beach, they collected and removed “anything that did not appear ocean-natural, such as paper, plastic or ropes.” The dominant pollutant was plastic, Maua noted, which pointed to the degree to which the world’s oceans are contaminated. “Plastic endangers marine ecosystems and significantly contributes to greenhouse gas emissions,” he explained. On that day, “we collected 251 kilograms of it.”

Backing Maua from near and far were fellow delegates to COP26. They encouraged him with WhatsApp messages and prayers. “It is good to know that others are supporting these efforts for climate justice,” he said.