Hope for a future without violence LWF and ELCA support returnees and the local community in CAR

(LWI) - The shop of Oumarou Baba has merely a fridge size: A small wooden cabinet filled with bottles of soft drinks and snacks. Every night, Baba closes it with a padlock. To him, this little shop means a new beginning and the hope to reunite with his family.

Baoro is a small town with 15,000 inhabitants in the West of the Central African Republic, about 200 Kilometers from the border with Cameroon.  It has not always been as peaceful as on this afternoon. In 2013, the city became known for terrible interreligious violence. Baba himself managed to escape with his family to Cameroon and returned. LWF, with the support of its member church, the Evangelical Lutheran Church in America (ELCA), has now provided him with the means for a fresh start in his home country.

Oumarou Baba is a member of the Fulbe tribe, an ethnic group that is predominantly Muslim. Until the end of 2013, two out of five people living in Baoro were Muslim.

"We have been living here peacefully for generations," Oumarou said. In December 2013, the city was attacked by armed fighters who chased away the Muslim population of Baoro - one of many episodes in sectarian violence between militia groups that defined themselves as Muslim or Christian, following a coup earlier that year.

"I heard shooting and shouting in the early morning, around 4 am," Oumarou recalled that day. "I woke up my wife and took my 4-year-old boy, and we ran away." Oumarou joined a group of other families from Baoro, and all headed south towards Carnot.

"We were approximately 120 people. At night we slept in the bush," Oumarou said. "After two days, we reached Carnot. Several people had died from exhaustion on the road. Later we heard that those who could not flee had been killed. My uncle and aunt were among them". The group went on to the border town Gamboula, and crossed into Cameroon, which had kept the border open for the refugees. 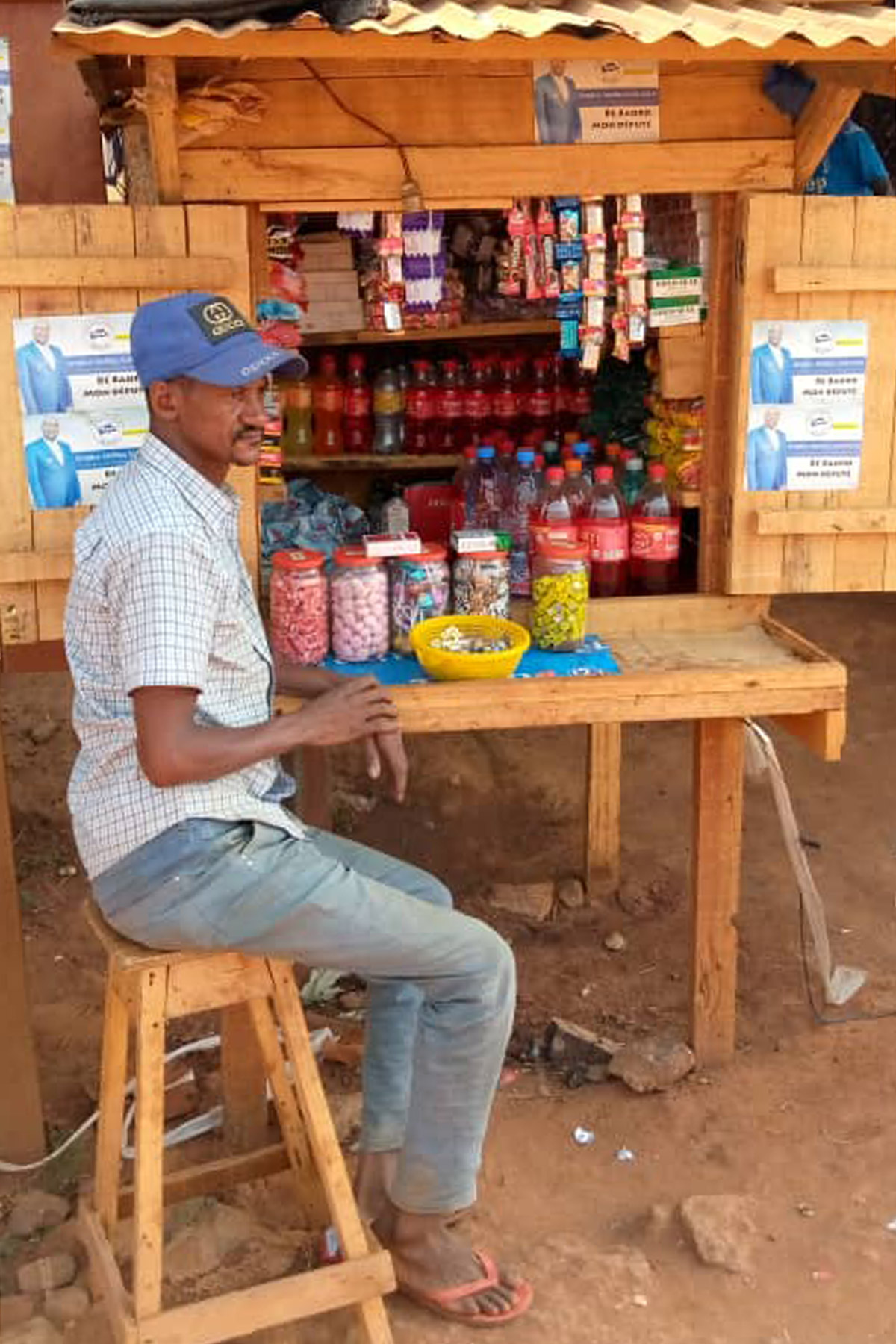 Across the border – and back

In Cameroon, many families settled down in the refugee camp near Garoua Boulai. Oumarou Baba decided to stay in the host community because of opportunities for work. The family had two more children, now three and four years old. Oumarou found odd jobs to provide for his family. "For several years, I earned just enough money for rent, food, and medication," he says. "It was complicated, and I dreamed of going back home." In 2019, Oumarou took some clothes and returned to his hometown, while his family stayed in Cameroon, where it was safe.

This kind of family separation is widespread among refugees who decide to return spontaneously, said LWF interim Country Representative Joseph Pfattner. "These people are taking the initiative, without the support of the UNHCR or a government agency. That's why they go alone. If the security situation allows, the rest of the family follow."

Oumarou Baba did not receive a warm welcome in his old home town. "The house had been destroyed. Other people occupied the plot and asked for money when I wanted it back. I did not have any money," Baba said.  He found a place to stay with a family that owned a cafeteria, and worked there for his keep.

After the elections the situation will be more peaceful again and I will bring back my family,

Three months after his return, he met the staff of LWF. In May 2019, Oumarou started in the LWF livelihood support project. The project aims to bring peace back to CAR communities: by bringing community leaders together, training them, and facilitating exchange visits. As a second component, the projects help people to become economically independent. They are returnees like Oumarou, driven out of the country in 2013, and now trying to return and start a life back home.

Oumarou received training in small business development and a small cash grant of 219,000 CAF (334 Euro) to open the little shop in the center of Baoro. "With the support of LWF, I was able to establish my little shop. Now I am sending 2,000 CFA (ca 3 USD) back to my family in Cameroun with a friend who is a truck driver each week".

While Oumarou's business is going well, peace is more elusive. The Central African Republic is currently preparing for presidential elections on 27 December. According to news from the United Nations, border communities west of Baoro started fleeing to the bush towards the Cameroonian border on 19 December. Oumarou still hopes for a future without violence: "After the elections, the situation will be more peaceful again, and I will bring back my family," he says.

LWF implements 13 different projects in the Central African Republic. With financial support coming from ELCA, UNHCR, UNICEF, OCHA, ICCO, DKH-BMZ, and LWF member Churches, LWF CAR has an annual budget of approximately 3 million Euro. With this amount, LWF can provide support to 78,000 people. The main work is building water and sanitation infrastructure, professional training, support to farmers, income generation activities. These actions have a vital component of social cohesion to promote peace in a fragile social and political context.